SIUD was born in June 2010 after SIHL acquired 45.02% equity of Neo China Real Estate, gave it the new name and completed the integration. As one of the leading urban real estate developers, the Company sees for itself the mission of satisfying demand for high quality properties among urbanites and businesses, and in doing so helps foster all-round urban developmentand transform urban lifestyle. Currently, the Company has development projects in first, second and third tier cities including Shanghai, Beijing, Tianjin, Chongqing, Xi’an and Changsha. Among them are high-end residential communities, office buildings, shopping arcades, star-grade hotels and apartment ownerships.


It is with a global perspective that SIUD maps out its strategy pivoted on industrial and capital operations to accelerate development. In 2011, SIUD acquired 59% of the equity of Shanghai Urban Development (Holdings) Co., Ltd. (“UDCN”). The Company also has a 3-year development plan to craft an “arch-shape” footprint with Shanghai in the center and reach extending to second and third tier cities in the coastal and Yangtze River regions and the Yangtze River Delta, Bohai Rim and areas in mid-western China.


Capable of highly efficient operation and riding on a first-class management model, SIUD is committed to making the league of property red-chips and becoming the most influential and valuable urban property developer in China. 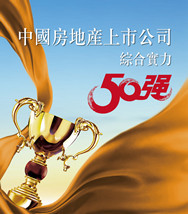